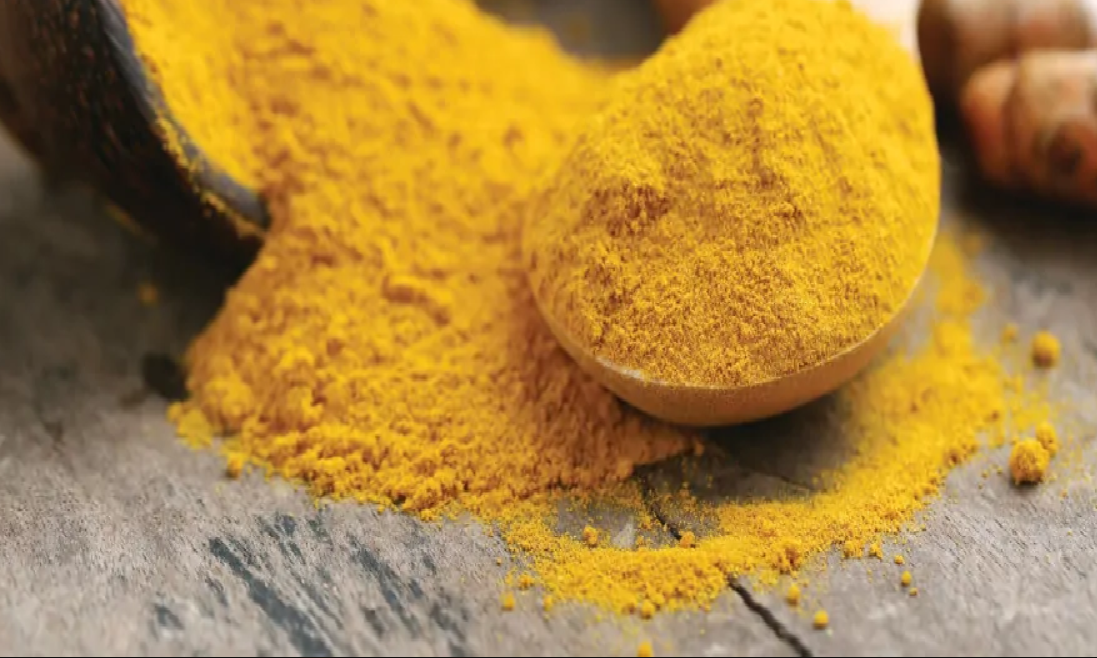 Throughout history, our ancestors have relied on numerous herbs and spices, not only for cooking but for their powerful healing properties. Few have survived the test of time quite like turmeric, arguably the most well-studied dietary supplement in modern natural medicine. Turmeric root powder originates from the Curcuma longa plant, a species of ginger native to Southeast Asia. The curcuminoids within it have potent anti-inflammatory and antioxidant activity with a wide variety of uses and benefits and very few side effects.
The best turmeric supplements have a combination of curcumin and black pepper (piperine) to enhance absorption and maximize efficacy. But what are the health benefits of turmeric and curcumin?

1) Helps Arthritis & Joint Pain
One of the most common uses for turmeric is combating the discomfort from joint pain and arthritis. Severe arthritic symptoms include limited range of motion, joint stiffness, excessive swelling, and lack of mobility. These symptoms can get worse over time, causing permanent damage if left untreated. Research shows that curcumin inhibits many of the mediators of inflammation linked to rheumatoid arthritis, psoriatic arthritis, and osteoarthritis development. Turmeric consistently reduces arthritis symptomology and may serve as an excellent complementary treatment for joint pain.

2) Reduces Chronic Inflammation
Inflammation is the body's immune system responding to irritants or threats. Inflamed areas often swell up, turn red, or become painful. While this is a healthy and normal bodily reaction, sometimes the immune system goes awry. If inflammation becomes chronic, it can lead to significant health problems. Many trials have demonstrated curcumin's anti-inflammatory properties through its inhibition of key inflammatory markers in the body. Turmeric's antioxidant activity also helps reduce oxidative stress, a process linked to low-grade inflammation.

3) Aids Weight Loss
Obesity can lead to several different health issues, such as high blood pressure, diabetes, heart disease, stroke, and others. If you're an otherwise healthy individual, weight loss can be pretty straight forward. However, if you have a pre-existing metabolic disorder, things can be a bit more complicated. Several trials have shown that curcumin benefits metabolic disorders by helping stabilize metabolism and managing weight. Turmeric increases insulin sensitivity, regulates lipid metabolism, and targets fat by suppressing multiple processes responsible for the growth of adipose tissue.

4) Improves Skin Health
Our skin is the all-important, outermost protective layer of our body. Skin keeps us safe from harmful microbes and regulates our internal body temperature. At times, unwanted skin conditions may arise that require treatment such as chronic acne, eczema, and psoriasis. Many DIYers use turmeric to create face masks, pastes, and other topical solutions to heal the skin. Researchers have confirmed that curcumin reduces oxidative stress associated with inflammatory skin conditions. Turmeric also enhances collagen synthesis and significantly speeds up tissue repair.

6) Helps Fight Disease & Chronic Conditions
The potent antioxidant properties may be one of the most significant turmeric benefits. Curcumin has shown an innate ability to boost immune system function and protect against disease by directly inhibiting free radical cell damage and reducing oxidative stress. Turmeric can help with the following:

Diabetes
If you're attempting to lower your blood sugar or prevent diabetes, turmeric may be able to help. Several trials have demonstrated curcumin's potential in patients with type 1 or type 2 diabetes. Curcumin appears to have both an insulin-sensitizing and glucose-lowering effect while improving glycemic regulation.

High Blood Pressure (Hypertension)
Stabilizing blood pressure and preventing hypertension is one of the most common uses of turmeric. It won't be able to overcome poor lifestyle choices that lead to high blood pressure. However, curcumin has shown an ability to improve vascular endothelial function, a modulator of blood pressure that declines with age.

Alzheimer's & Dementia
Research shows that an oral turmeric supplement may be one of the best ways to prevent dementia and Alzheimer's disease. Curcuminoids can help reduce beta-amyloid plaque buildup on the brain and reduce neuroinflammation, two of the key biomarkers linked to Alzheimer's development.

Regulates Cholesterol
Under certain conditions, clinical trials have concluded that turmeric can help lower triglycerides and cholesterol levels. Current evidence suggests curcumin may be beneficial if you are obese, have metabolic syndrome, diabetes, or another chronic condition affecting your blood lipid profile.

Irritable Bowel Syndrome (IBS)
With new research emerging indicating that IBS patients frequently see an increase in the body's inflammatory response, we now have a new treatment target. Curcumin has shown potential in reducing IBS severity and limiting symptoms such as abdominal pain, bloating, and constipation.

Inflammatory Bowel Disease (IBD)
Ulcerative colitis and Crohn's disease may develop due to continuing inflammation in the gastrointestinal tract. Curcumin has shown significant potential in treating IBD by inhibiting the upregulation of pro-inflammatory markers linked to chronic and relapsing GI tract problems.

Fibromyalgia & Chronic Fatigue Syndrome
At this time, there is no identified cure for fibromyalgia and chronic fatigue syndrome, but there are ample ways to control symptoms and flare-ups. Researchers have evidence to suggest that turmeric may help reduce widespread musculoskeletal pain by inhibiting inflammatory pathways and reducing oxidative stress.

Reduces Anxiety & Depression
Several clinical trials have shown that turmeric can influence neurotransmitter balance in the brain. Curcumin appears to have an antidepressant and anxiolytic effect through its ability to modulate levels of serotonin and dopamine. Thus, it may be a good complementary treatment for depression.

8) Improves Allergies & Asthma
An allergy transpires when the immune system mistakenly identifies a foreign substance as harmful to the body and overreacts to it. During an allergic reaction, we produce antibodies that respond to these allergens, ultimately leading to an unwanted collection of symptoms (coughing, sneezing, itching, etc.). The anti-inflammatory activity of turmeric can help fight off many allergy-related symptoms and decrease the likelihood of asthma attacks. Current research suggests a curcumin supplement can reduce signs of sneezing, nasal congestion, and runny nose linked to restricted nasal airflow and hay fever.

9) Aids in Liver Detoxification
A liver detox, also known as a cleanse, involves the removal of toxins from the blood and the metabolizing of nutrients to ensure our body gets what it needs. Think of the liver as the body's central filtration system. A healthy liver is paramount to optimal physical and mental health. Several trials have demonstrated curcumin's ability to limit the damage done to the liver from harmful substances by interrupting inflammatory pathways. Turmeric also stimulates bile production and release from the gallbladder, helping eliminate unwanted waste from the body.

10) Helps Headaches & Migraines
Headaches and migraines are tremendously difficult to handle. The immense pain and discomfort can arise from many factors including stress, fatigue, insufficient sleep, inflammation, poor posture, neck tension, and several other causes. The benefits of curcumin that have shown the most potential in treating headaches and migraines are its anti-inflammatory and antioxidant properties. The exact mechanisms are unknown, but it appears that turmeric can reduce pain linked to inflammation, and directly inhibit oxidative stress in the body.

Final Thoughts on Health Benefits of Turmeric Curcumin
If you're wondering â€œwhat is turmeric good for,â€ the answer is almost everything. It's important to note; turmeric supplements are not a cure for diseases or chronic conditions. But, the unique medicinal properties of curcumin have shown significant health benefits and uses in modern natural medicine.

In nearly every study, turmeric root has demonstrated that it's both effective, well-tolerated at higher dosages, and void of adverse side effects. If you're considering adding turmeric and curcumin to your regimen, always consult with a doctor or primary care physician, first. It's vital to make sure that any dietary supplement you're taking does not conflict with any pre-existing medications.